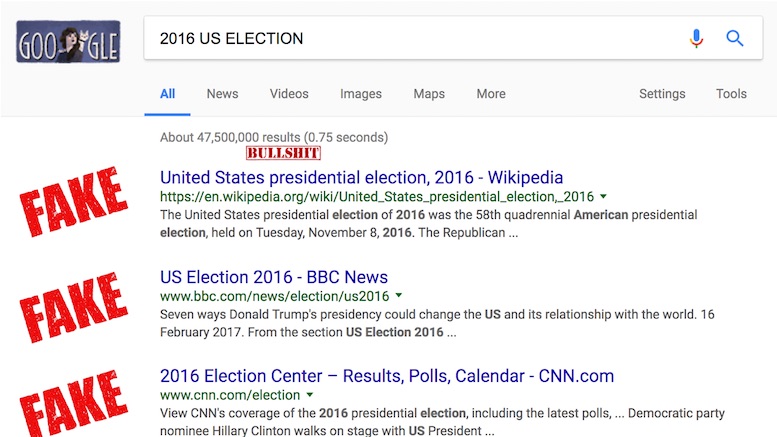 In response to calls to curb the spread of Fake News, Google said it would expand its ‘Fact Check’ tool to search for fake news and incorrect information by default in future, with a factualness report included with every web search.

The idea would be to allow users to determine what is reliable and what is false or misleading online. Unfortunately the tool branded everything as fake as soon as it went live.

Google computer scientists at first thought there was a bug causing it to flag everything without properly scrutinizing it, but further analysis revealed the tool was functioning properly.

Since the fact check tool comes up with the same result every time, Google have decided to disable it to increase load times, and will instead automatically stamp every search result as fake from now on.