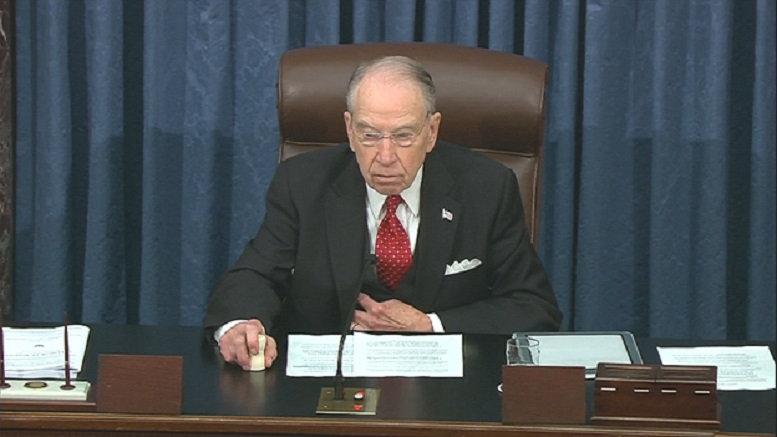 (US Capitol) The impeachment trial of President Trump got off to a rocky start today after dozens of GOP Senators complained of distracting hand pain shortly after they were sworn in in the Senate Chamber by Chief Justice Roberts.

Medical professionals inspected the ailing Senators and determined it was nothing serious other than some mild inflammation.

“It appears they had their fingers crossed very tightly.”

An exception was Senator Lindsey Graham who appeared to have broken a finger while declaring he would be an impartial juror.

“He needed a splint as fingers are simply not designed to be crossed that hard.”

Asked to comment on the incident, Senator Grassley – who serves as president pro tempore of the Senate – was brief and to the point.

We need your help! Please consider giving a recurring micro-donation on Patreon or a simple one time donation. And if you can’t help financially you can still do us a big favor by sharing!﻿