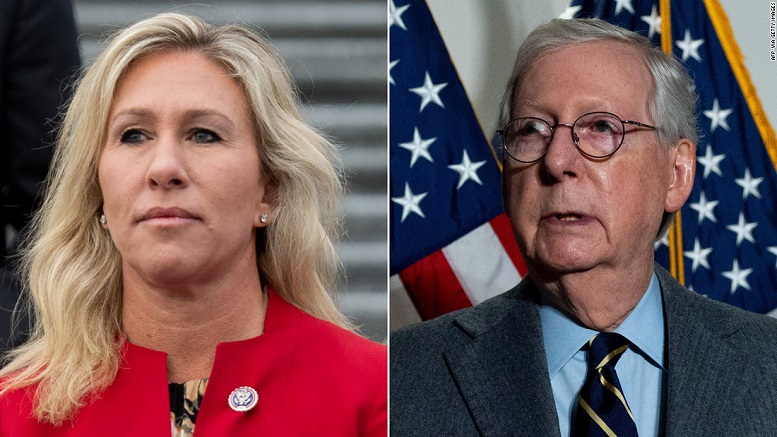 As calls within the GOP grow to censure Georgia Representative Marjorie Taylor Greene, party leaders have acknowledged it’s high time to decide what Republicans stand for in these turbulent times.

There was particular concern from Senators and Representatives from the heartland that she not be allowed anywhere near committees relating to education policy.

“The last thing we need is Representative Greene teaching our kids utter nonsense about Jewish space lasers causing forest fires in California when they should be learning that the Earth is 6000 years old and was formed in 6 days.”

The intersection of her education proposals and Second Amendment beliefs are also regarded as worrisome.

“Next thing you know she’ll call for armed militia to be present in our schools to protect classes instead of the much more reasonable position of allowing school shootings to proceed freely through the rampant availably of high-powered firearms to basically everyone.”