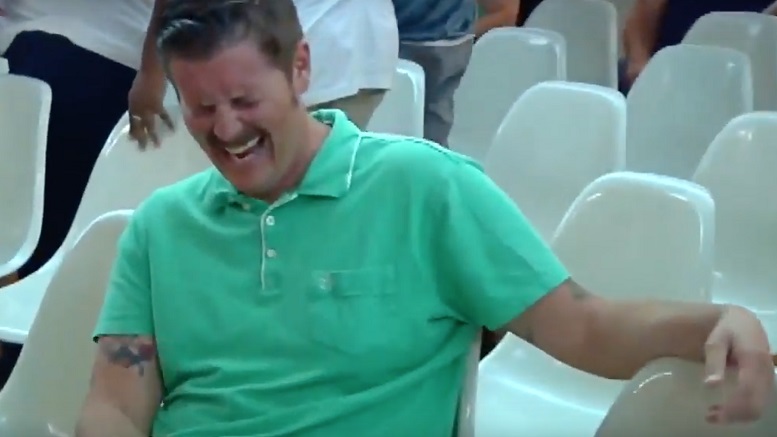 The race for the Democratic nonimation for President was completely upended today, with the release of new polls with a hitherto unknown contender topping all of them.

Though Green Shirt Guy has not formally announced his bid yet, he is currently the clear preference of likely primary voters by a large margin.

“He’s left Biden, Warren, Sanders and the rest in the dust.”

Despite not having a grassroots base yet, Democratic Party officials confirmed that Green Shirt Guy would be allowed to participate in the September debates.

Though Green Shirt Guy’s meteoric rise to frontrunner status may come as a surprise to many, political analysts say it is easily explained.

“Unlike the other candidates, Green Shirt Guy has a clear plan for taking on Donald Trump, which is to laugh hysterically at the Orange Buffoon whenever he opens his stupid mouth. Tactically it’s brilliant.”