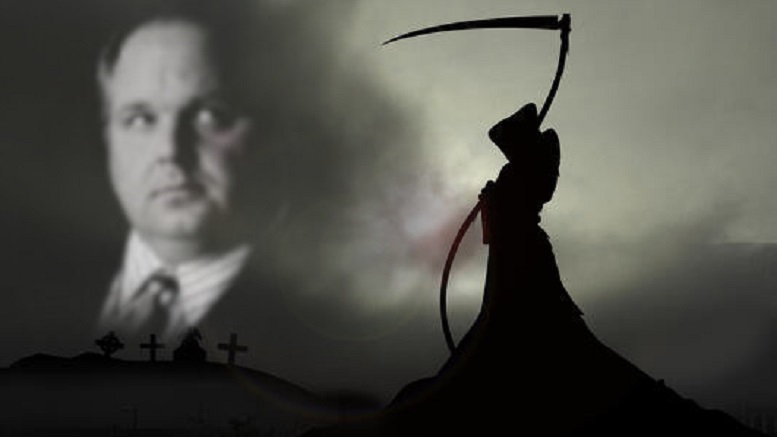 Though he normally loathes to comment on work activities, the Grim Reaper admitted today to a local radio station that scything Rush Limbaugh recently was ‘pretty sweet’ compared to how the job usually goes.

“When I cast the pall of darkness over a black lung victim in West Virginia with no health insurance I must admit it takes it out of me. Fortunately there are always days like this to look forward to!”

The collector of final accounts says the best part is the shock on their faces when entitled right-wing millionaires and billionaires realize that they can’t buy or bully their way out of it.

“These people had things their own way their whole lives, usually at the expense of others. But your wealth and influence aren’t any use once I’m in the house!”

Asked what his all time favorite is he says it has to be the religious right.

He hopes people who don’t care for him recognize there is one way he can bring joy to the masses.

“They say the only things that are certain are death and taxes. Unless your one of the 1% in which case it’s at least death thanks to me!”