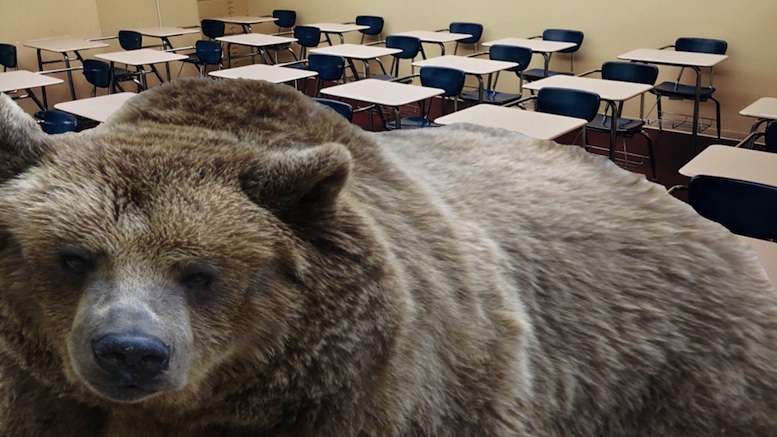 There were heavy vibrations and thunderous noises in the hallways of America’s public schools today as the huge number of grizzlies and other species of bear known to frequent their classrooms took to surrounding hills and woodlands.

This was reportedly prompted by the confirmation of Betsy DeVos as education secretary, who has suggested guns be allowed in schools, citing grizzly bears in the classroom as the reason.

Unbeknownst to the public, this is a major problem all across America and not just isolated to a few places like Alaska and Wyoming, so a comprehensive guns-in-schools policy is warranted.

The development is a shame say educators because – though some bears were undoubtedly there hoping to eat small children – the vast majority simply sought to improve themselves through learning.

“What we should be doing instead of this draconian policy of bringing guns into public schools is developing a proper vetting program for bears who wish to attend.”