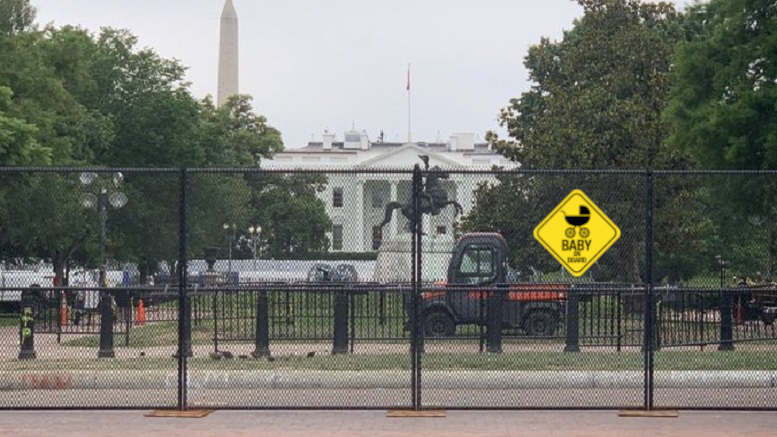 A representative of the Guinness Book of World Records arrived in Washington DC today to confirm claims of a successful largest-ever baby fence attempt made during the previous week. The verification of the world-breaking record is expected to be little more than a required formality, however, as there are thousands of witnesses.

“There is no doubt that it qualifies, as it is clearly a large fence erected around a very big baby.”

There is also little question of its record-breaking status, as the previous record for biggest baby fence – a large pen built around Kanye West during a music awards ceremony – is reportedly smaller by a large margin. Should there be a challenge there is plenty of supporting evidence which will be gathered during the visit.

“I will be collecting evidence of tantrum throwing and a limited ability with language just in case should anyone question whether the individual involved is really a baby.”

Additionally the representative will follow up on other possible new entries while in the US capital.

“For our biology section I will be investigating rumors of someone here said to have the world’s thinnest skin.”