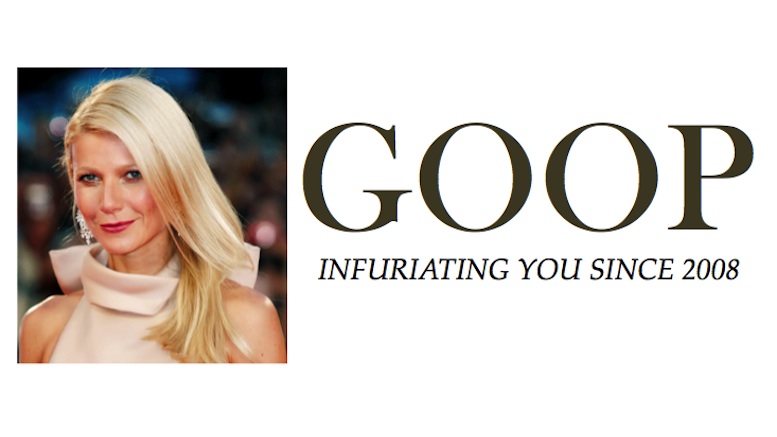 Following its publication of an article on how to make a $200 smoothie for breakfast, Gwyneth Paltrow’s online lifestyle magazine GOOP is posting records levels of earned aggravation that are dominating the market sector. The ridiculous smoothie article, combined with a piece on how to improve your makeup products by talking to them have driven the actor’s company to new levels of performance when it comes to driving the public insane.

“Clearly there is a secret business formula for infuriating people and Gwyneth Paltrow knows it.”

Though GOOP has always been a stronger competitor in the area of maddening normal humans, it’s current dominance is such that that traditional players such as Martha Stewart’s TV shows and sauce packets that don’t have the little starter tear are being left in the dust.

“I used to find Martha Stewart aggravating when she pretended her exquisite creations could be knocked up by just anybody using stuff from the Dollar Store – but watching her now is positively relaxing compared to the uncontrolled rage at the world I feel whenever I read GOOP.”

Though this is Paltrow’s strongest quarter in terms of earned aggravation to date, the record for most earned aggravation in a single week still dates back to 2014 when she insisted on describing the end of her relationship with Chris Martin as a conscious uncoupling – instead of a breakup like any other person on the planet would have. Popular aggravation spiked that week at levels that it will be hard to imagine her outdoing, though something tells us she will manage it handily.

“She makes me so mad for no good reason!”

Figures for GOOP’s actual revenue in dollars and cents are harder to come by, as anyone who attempts to research the company in detail invariably curls up into a ball of frustration at the fact that such a thing can exist for any length of time.