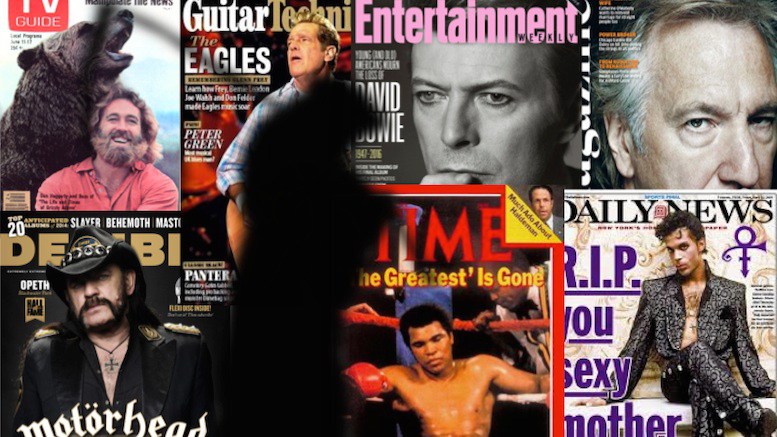 2016 has become the year of the dead celebrity and anyone with have a heart has grown weary of their favorite superstars falling by the wayside. However, fans of the likes of David Bowie, Prince, George Michael and Carrie Fisher say they are prepared to stomach one more celebrity death in 2016, but with a catch.

Without being so crude as to name anyone in person, they maintain there is one celebrity whose sudden demise in the waning hours of this year would not only not be as sad for them as the Thin White Duke’s, but could have tangible benefits for the whole country.

“If it were to happen in 2016 then by definition that’s before January 20th 2017, which would have certain consequences.”

Nobody is expressly wishing for anyone to die as any death is tragic, but they do point out that Carrie Fisher was a seemingly healthy women of 60 when she succumbed to an eventually fatal heart attack.

Everyone interviewed again reiterated that they wished death on nobody as that would be terrible.

“But if there’s some supernatural aspect to our world that demands one more celebrity is taken from us before the year is out, I’m just saying it could do worse than to pick, you know.”