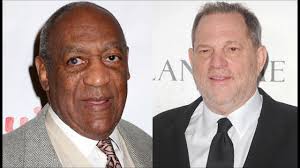 Entertainment mogul Harvey Weinstein is said to be furious with himself today after learning of Bill Cosby’s Father’s day tweet in which he calls himself America’s Dad.

“It should have been me!”

Weinstein notes a number of parallels between himself and Cosby that tell him he could have grabbed the honor for himself.

I also had 5 kids including 4 girls and have brought joys to millions through the medium of entertainment.

Weinstein also notes the scores of careers of young actresses he nurtured.

“I put that amateur Cosby to shame!”

Weinstein promises he won’t be caught napping next time.

“2020 will be the year of Trump for President part two and Weinstein for America’s best father figure.”