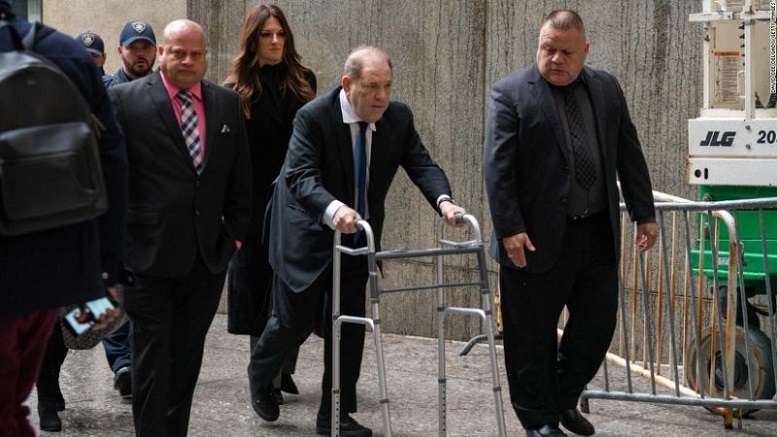 After years of making Oscar magic happen behind the scenes, Harvey Weinstein is said to have his first shot at winning the Best Actor award after turning in a boldfaced performance as a elderly man with mobility issues who is not the scum of the Earth.

“His attention to detail, such as the ruffled collar and the tennis balls on his walker, was amazing!”

Weinstein will likely go up against De Niro, though critics rate his chances given what a challange the role was.

“De Niro, as a decent family man, was merely playing a cold calculating murderer for hire, which is nowhere near as much a stretch as Harvey Weinstein playing a recognizable human being.”

Comparisons are even being made to Bill Cosby’s career-topping performance as a blind old coot during his court appearance.

“When Cosby described how he couldn’t see clearly enough to put the quaaludes in the right woman’s drink anymore, it brought a tear to my eye. That’s a high bar indeed.”