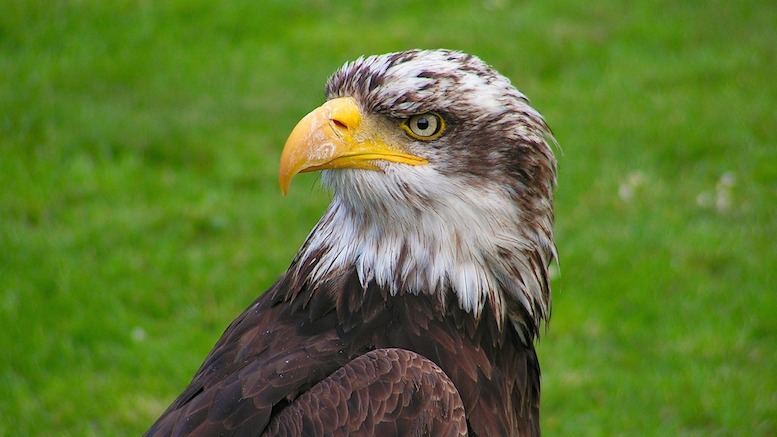 Stock image of a nice law-abiding eagle, unlike those in the Hays nest.

The City of Pittsburgh is in a state of utter consternation after one of its (formerly) favorite residents – a Hays nest bald eagle – killed a cat and proceeded to shamelessly eat it right in front of a webcam that had up until then provided joy to so many. Pittsburghers like Patti Bosko of the Perry North area of the city can’t believe the predatory bird she invested so much of her heart and soul in would do something like this.

“It’s the breech of trust that I find hardest to forgive.”

As if the egregious act of murder followed by the public consumption of its victim wasn’t enough, the depraved adult eagle then had to go and make its despicable act ten times worse, according to Tom Oldman of Stanton Heights.

“It’s one thing to engage in this sick behavior as an adult – but to forcibly involve the impressionable eaglets in this heinous act as well is evidence of a truly twisted mind.”

The Audubon Society of Western Pennsylvania, which sponsors the webcams, initially responded by noting that this was simply a case of nature at work. However, after a maelstrom of outraged Pittsburgers condemned the statement as callous and threatened to take action, the organization quickly changed its tune.

“What occurred is obviously a terrible tragedy. No punishment is too severe for this avian jagoff.”