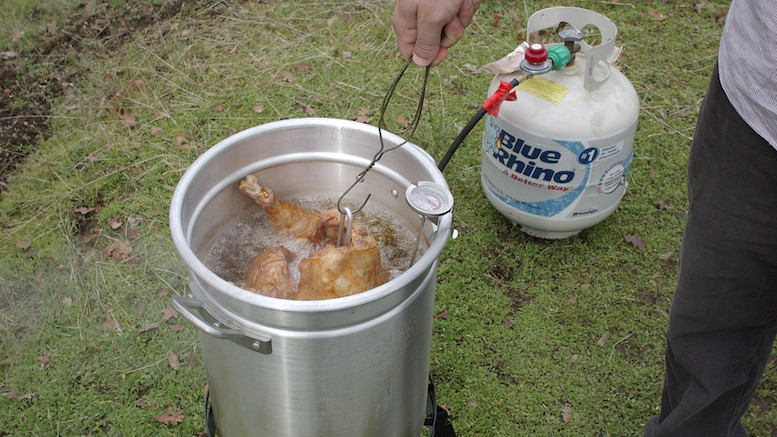 Out of concern for public health as well as the public good in general, Government officials have cautioned people against serving ‘turducken’ this Thanksgiving.

“Undercooked meat poses a risk of illness due to harmful bacteria and other pathogens, but even if fully cooked, turducken poses a major risk of coming down with being a backwards hillbilly.”

The condition is often incurable and many regrettably suffer it almost from birth due to the considerable hereditary component.

“But even if you already have this debilitating condition, serving up turducken can only make it worse.”

The malady has a drastic effect on cognition, lowering people’s IQ to the point where they indulge in rash behaviors such as crushing beer cans on their foreheads, shooting guns in the air for no reason, and trying to deep-fry their turducken in upright fryers, which often requires emergency services to get involved.

“We are also concerned about increased outbreaks of piecaken this year, in which a pie baked within a cake is served to friends and family by the stricken host.”

Signs to watch out for are too much time spent watching TV cooks who aren’t really cooks, and generally being very easily amused.