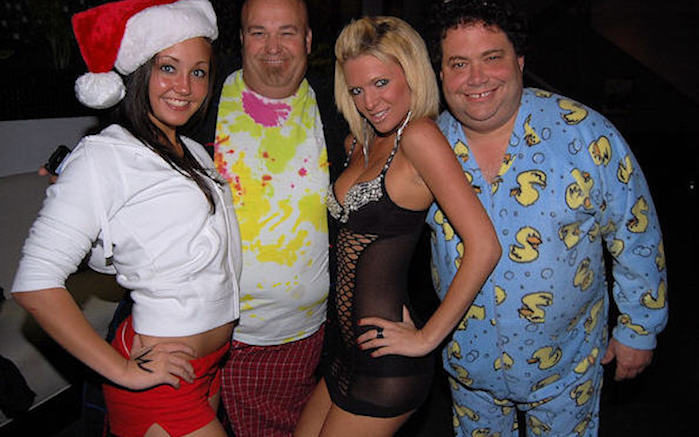 A pair of Blue Pajamas is being commended today for services to a grateful nation that it spared untold pain and suffering.

This tale of bravery and sacrifice began with Texas representative Blake Farenthold declaring that some uppity female senators were up to no good and that if they had been men like him he would have challenged them to a duel, Aaron Burr-style.

Though the sight of Farenthold in a business suit was an unpleasant enough experience – as was so well summed up by senator Susan “Hot Mic” Collins – it did not rise to the level of a national emergency.

However much worse was to come as photos of an appearance at a Playboy party emerged into the public sphere. It was then that an unspeakable tragedy was averted thanks to the noble sacrifice of the blue sleepwear bedecked with yellow ducklings.

“Never has fabric given so much for so many.”

But for that, the nation might have suffered a setback that might have been unrecoverable. There was still much suffering, but nothing on the scale of what would have been were it not for the patriotic opaqueness of the pajamas that many say should be awarded the Congressional Medal of Honor.