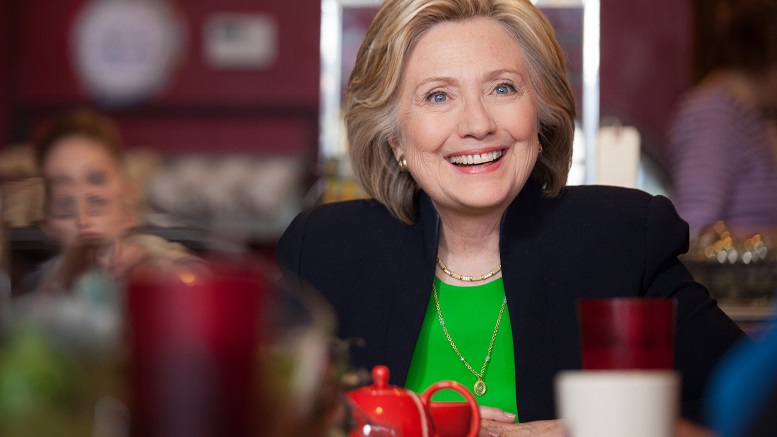 Dining out at a restaurant yesterday, a buoyant Hillary Clinton confused a busboy who asked the two-time Presidential hopeful if she wanted more ice water.

“So you think I’m still the best person to defeat Trump in 2020 – I guess I’ll have to ponder that then.”

When asked by a server what she would like to order, Clinton replied:

Clinton then called perplexed Democratic donors to tell them, though she was personally reluctant to do so, she would accept their pleas to take their money and run again.

One person who was delighted at the news is the current White House incumbent, Donald Trump.

Be the first to comment on "Hillary Answers “What would you like to order?” With “I’ll run again if you insist”"