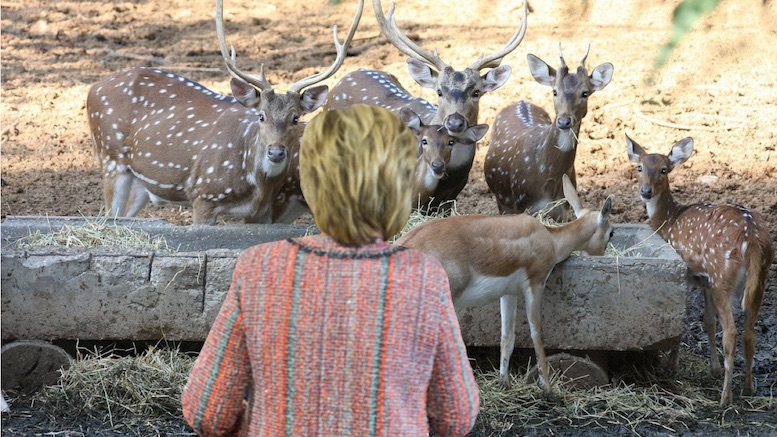 (Chappaqua, NY) After being told it would be therapeutic to read aloud the Congressional address she had prepared months ago in anticipation of winning the election, Hillary Clinton took time during a walk in the woods to deliver her plan for the nation that will not be implemented.

In a ninety-plus minute address that spelled out an optimistic vision of a forward looking America engaged in the international scene, Clinton gave a detailed plan filled with statistics and concrete proposals that would bring a smile to policy wonks.

As she spoke a number of deer and smaller woodland creatures paused to hear it, though it was not clear if they sensed her need to have a sympathetic audience during what was surely a painful process, or just expected some snacks.

She said it did indeed make her feel better, and she plans to return to deliver her first State of the Union in a year or so.