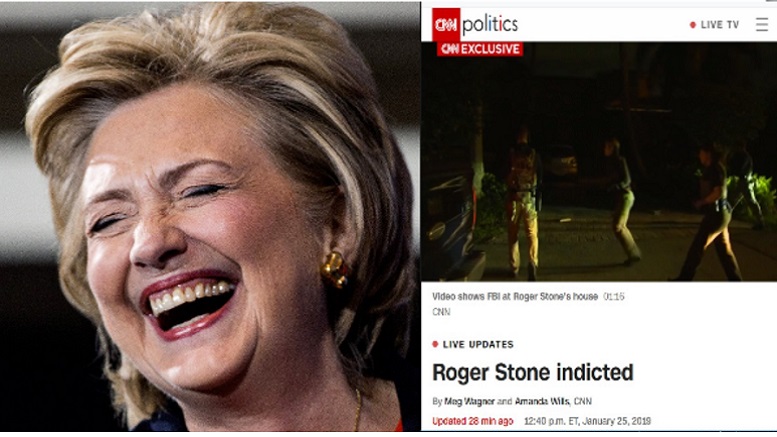 Doctors treating former Presidential candidate Hillary Clinton said there is no cause for long-term concern, but they confirmed that Clinton has been incapacitated by the abrupt onset of uncontrollable laughter.

“She was able to communicate that it started on Friday morning when she checked her CNN app.”

Their main concern for now is seeing that Clinton gets enough oxygen and keeping her away from anything that could aggravate her condition.

“Hearing the name Mueller could kill her at this critical junction in her illness.”

For now Clinton is confined to bed rest with no access to the outside world.

“Hopefully this condition will work itself out given time.”

In related news, the Secret Service said they are aware that former President Obama is experiencing some respiratory distress, along with his wife Michelle, but the situation is under control.

“Some of our agents also appear to have been afflicted with the condition too, which is obviously highly contagious.”