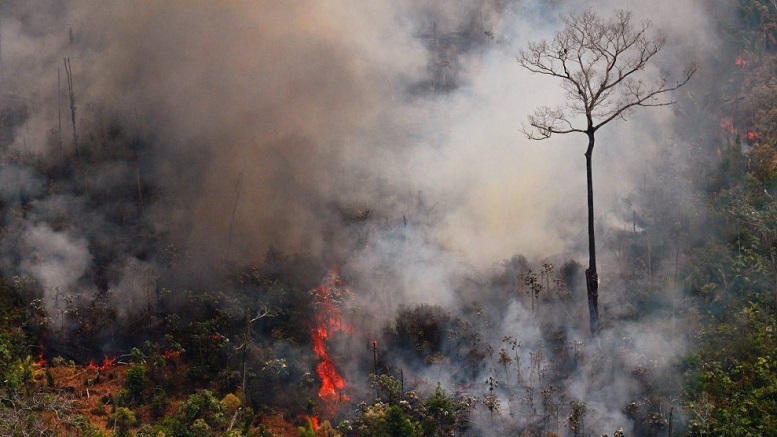 Hones bees are remembering one of their own today, who they say narrowly escaped the Notre Dame disaster only to be consumed in the raging fires in the Amazon.

“He was already pretty disgusted when he never got a new hive despite all the billions of euro promised, and wasn’t comfortable living there anyway.”

The honey bee reportedly reasoned that if humans were stupid enough to set Notre Dame on fire, no building was safe from their recklessness.

“That’s when he figured returning to nature was his best bet.”

Which many natural habitats ruled out becasue of the widespread use of pesticides, the bee settled on the one place he was sure he would be safe from human interferance – the Amazon.

“He figured homo sapiens would at least leave that along if only out of long-term self-interest. Big mistake!”

On the bright side, bees say there is one unspoiled habitat that will soon be available to them.

“At the rate global warming is proceeding, the Arctic tundra is looking more appealing every day.”