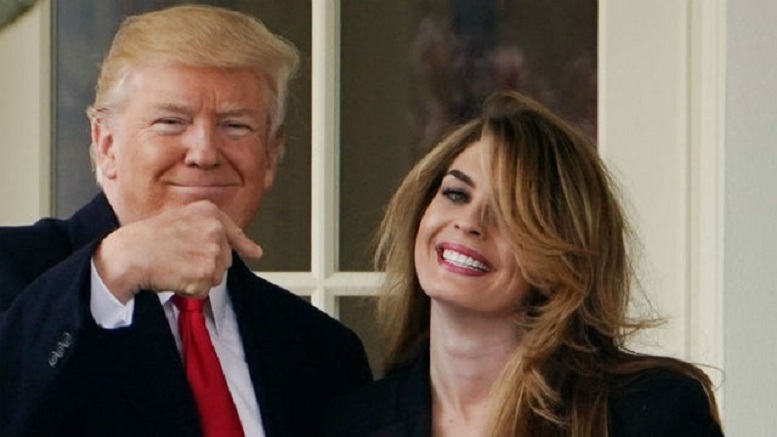 Presidential favorite Hope Hicks is back in the White House after previously leaving it to work at FOX News. Her hiring was made official today after the results of a now madatory polygraph test were released. Hicks admitted that taking the test was nerve-racking.

“I was so worried I wouldn’t fail it.”

“She even lied about her name which was a nice touch.”

Hicks was also subjected to other tests that are now mandatory for all new or returning Trump administration hires to weed out those that are unsuitable. One such test was being given a ‘very important document’ and asked what she thought of it.

“She saw the word SUBPOENA on the front and promptly ripped it up with opening it like the pro that she is.”

Hicks will be a Senior Advisor working out of Jared Kushner’s office this time, putting her right at the center of power according to anaylsts.

“Being this high up in the Trump Administration makes her practically family, since everyone else this high up actually is family.”