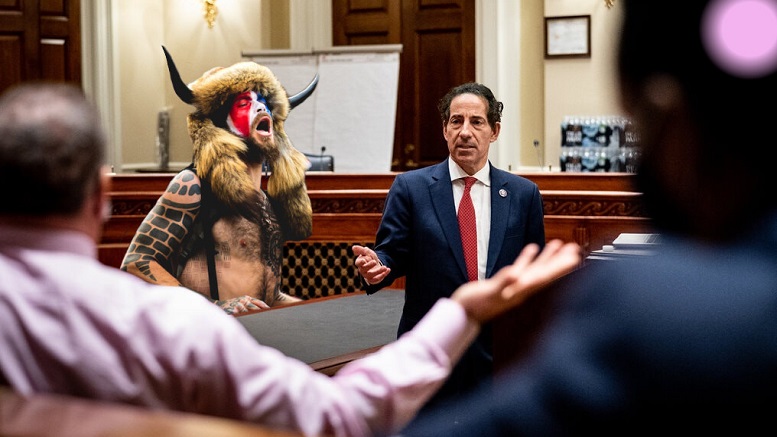 (Capitol Hill, DC) Saying he intended to import to everyone just how serious the events of January 6th were, lead House Manager Jamie Raskin today insisted former President Trump should be judged according to what could have happened if the storming of the Capitol he unleashed was more successful in its stated objectives.

“Fortunately – since this trial is taking place in the very building and in front of the very people the mob were targeting – it is possible for me to show you what could so easily have been.”

Raskin then released a group of enraged Trump supporters – who had been starved for days other than being fed a diet of back-to-back Trump rants – into the Senate chamber.

“See the way they are literally tearing Mitch McConnell to shreds for suggesting Trump deserved to be impeached? That’s what could have happened in early January were it not for the brave actions of a few.”

To sway anyone still doubting the seriousness of the riot Trump incited, the other House Managers provided the unruly mob with fire extinguishers to ‘do what they felt was right’.

“I don’t know if Senator Graham can hear me after that nasty knock to the head, but this is not a peaceful protest.”

The House Managers then apologized for not being able to demonstrate what the mob would have done to former Vice-President Pence were they to have located him on that terrible day.

“Just pretend that it’s Mike they are lynching from the viewing balcony instead of Mitt Romney.”