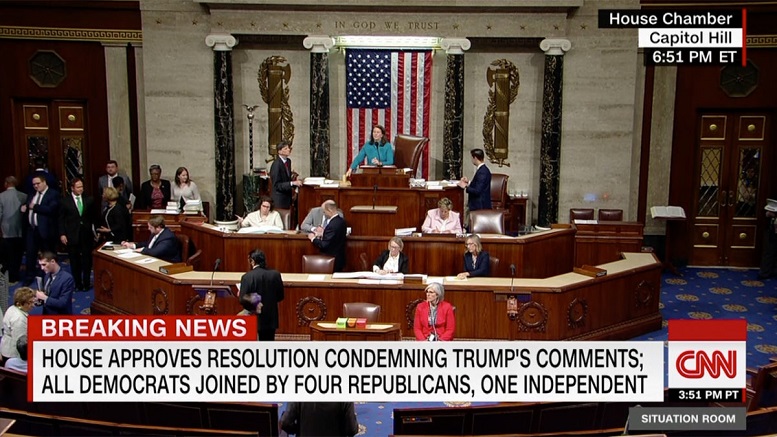 THe House of Representatives has passed a bill containing all the obvious business that was outstanding as of today.

Called the ‘Duh!’ bill, it declares that the Pope’s a Catholic, the Sun will rise tomorrow, and Trump’s ‘go back’ tweets are racist as fuck.

Next the House plans to tackle the question of whether Ghengis Khan was a meanie and if the current White House incumbant has a thin skin.

Nancy Pelosi said it was important to get things that are blindly obviously true on the record.

“At the risk of being called Captain Obvious I would also like it enshrined in the minutes that the Commander in Chief is not the sharpest knife in the drawer.”