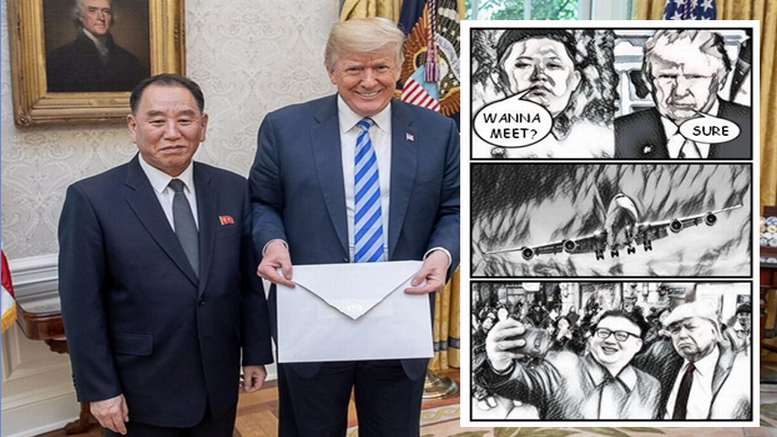 The mystery of the contents of the huge letter from Kin Jong-un to President Trump was revealed today, which is that it is so large becasuse it contained a specially commissioned graphic novel.

The North Korean leader came up with the idea after learning that Trump prefers to receive his National Security briefings in the form of simple cartoon diagrams, or, ideally, have them mimed by staffers in front of him.

Kim was concerned about having his message acted out as envoy Kim Jong Chol is notoriously bad at charades, so he decided to go with a graphic novel format instead.

The first three panels, which were released today, suggest a meeting at a third-party location that they would both travel to, and further proposed they have some downtime together to see if they can establish a rapport.

Subsequent pages supposedly address more detailed proposals regarding investment and denuclearization, but President Trump said he’ll get around to studying those later.