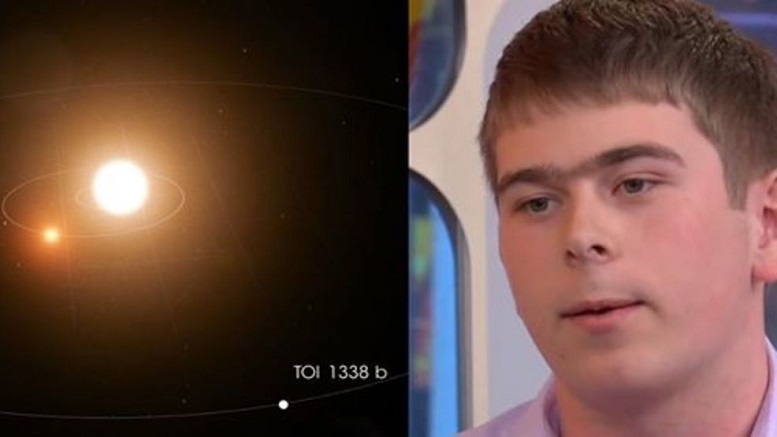 The internet is buzzing with news that a 17-year-old high-schooler working at NASA’s Goddard Space Flight Center in Greenbelt, Maryland discovered a planet just three days into his internship there.

We spoke with senior scientist Dennis Topul – who has worked at the facility since earning his PhD in Planetary Sciene and Astrophysics in 1982 – on the significance of discovery estimated to be seven times the size of Earth.

“Only seven times? I would have probably not bothered anyone until I’d discovered something the size of Jupiter. Which I will, any day now.”

Though the young man’s discovery has captured the public’s imagination, Topul has concerns about NASA’s intern program given the business they are in.

“You wouldn’t send a kid up to the ISS with the professional astronauts and they shouldn’t be allowed here either becasue we have computers with powerful CPUs. They can get very hot.”

Topul adds that, though he didn’t discover the planet, he will probably be the one who ends up doing the really important stuff like figuring out the orientation of its magnetic field and the elemental composition of the atmosphere should there be one.

“Just let me know when you’ll be back here to cover me in the National media once I have the results. But be sure to call first in case I’m in an important meeting.”