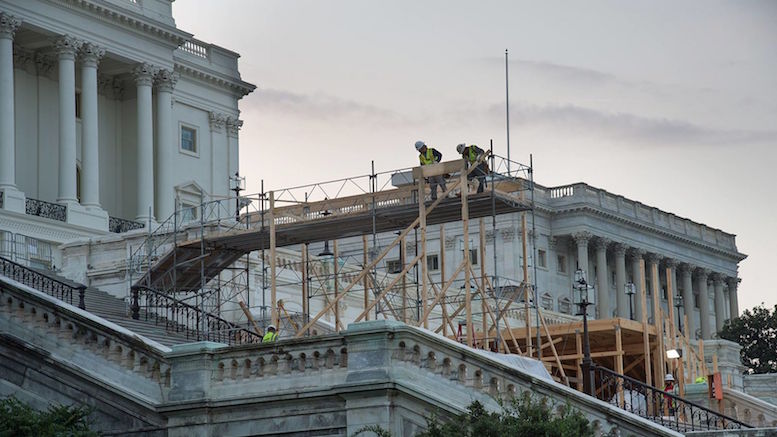 "My conscience does not permit me to support this."

Following the indignity of not just Bruce Springsteen, but a Bruce Springsteen cover band refusing to perform at his Inauguration, President-elect Donald Trump was hit with a further blow today when the Inaugural Platform pulled out of the event citing pre-existing commitments.

Having committed to supporting the event back in November when it was first erected, the Inaugural Platform’s sudden citing of scheduling issues was generally viewed as unconvincing. This was backed up by the Inaugural Platform’s inconsistency in describing the nature of the conflict, with it variously saying that it was already booked for a Monster Jam event in Milwaukee, had to attend rehearsals in preparation for U2’s Joshua Tree Tour, and that it wanted to spend more quality time with family.

Privately the Inaugural Platform has admitted the real reason was Donald Trump himself, whom the Inaugural Platform felt it couldn’t support due to the extremist nature of his positions combined with the strong backlash it has been experiencing on social media, and, given that it is made of wood, Trump’s vocal bias against fences in favor of concrete walls.

With the ceremony less than a week away, the abrupt disappearance of the Inaugural Platform would seem to be a major difficulty. Trump, however, remains defiant and says he will personally oversee the construction of a new Inaugural Platform as soon as he locates a subcontractor he hasn’t ripped off yet.