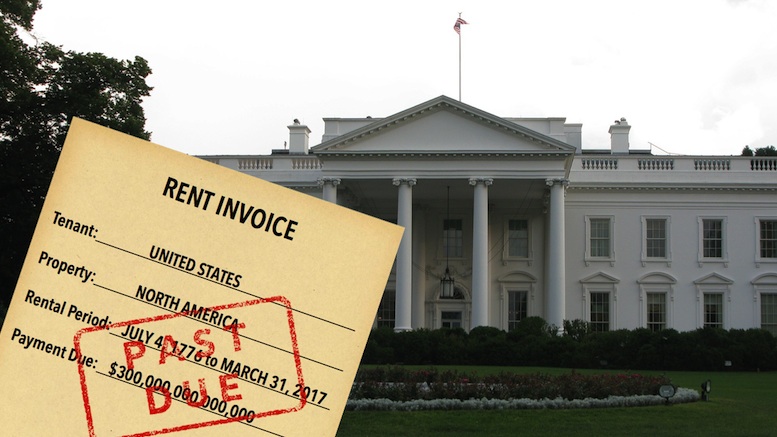 Taking its cue from President Trump’s decision to hand Germany an invoice for NATO services, the National Congress of American Indians has sent an invoice to the White House for 300 trillion dollars in unpaid back rent inclusive of interest.

Speaking on behalf of the organization, President Brian Cladoosby said they were very pleased with the Trump administration’s new way of doing things.

“We welcome the President’s novel approach of simple invoicing.”

Cladoosby confirmed that the Unites States would only be responsible for back rent from the time they took over the lease in 1776. Any outstanding balance from before then would be taken up with the British Prime Minister and the French President.

The 300 trillion dollar invoice only concerns arrears, and does not address rent due going forward for which an updated lease remains to be negotiated. If both parties fail to agree on terms to renew, the United States will have to vacate the North American continent within 30 days.

In that scenario an additional cleanup charge would be due as a security deposit was not provided initially.

“Clearly you wouldn’t be handing it back in the condition you received it.”