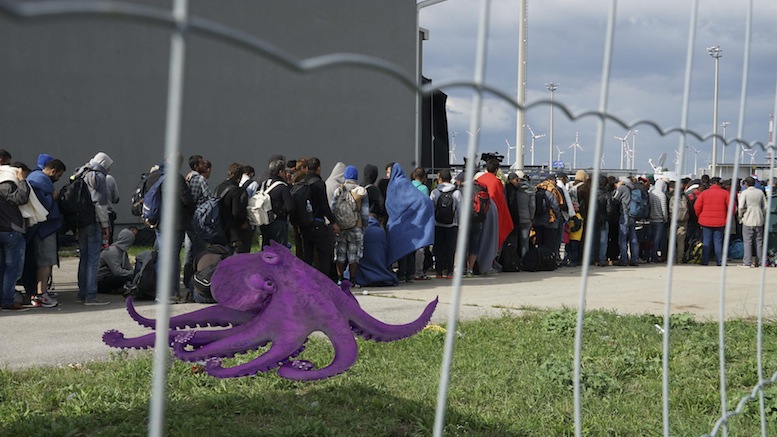 After escaping from a New Zealand aquarium to the ocean through a hole in the floor, Inky the Octopus was expected never to be heard from again. But the enterprising cephalopod was spotted of the shores on Turkey, and a refugee in a detention center in Greece claims he struck up a conversation with Inky who intends to head for Germany via Austria.

As news spread that Inky was on the way, public opinion in Germany was split on whether they should welcome Inky or not. Some argued that what goes on in another continent is not Germany’s problem to deal with, while others argued that those fleeing danger and injustice throughout the world must be provided a haven.

Still others said that the point is moot, as Inky was not oppressed but instead chose to leave a perfectly acceptable life in New Zealand because he heard they have bigger aquariums that serve a higher quality of polychaete worms in Munich. Those same people maintain that letting Inky stay in Germany will lead to a deluge of opportunistic octopi descending on the country and quickly overwhelming services genuine asylum seekers depend on.

A vocal minority of the far right insisted Inky should not be allowed in because he would not be a good fit for Germany since he is too different – they cited as evidence his many arms bedecked with suckers and a disturbing ability to blend into to background. Chancellor Angela Merkel quickly distanced herself from that train of thought, denouncing it for exhibiting the worst type of bigotry that is completely at odds with what modern-day Germany stands for.