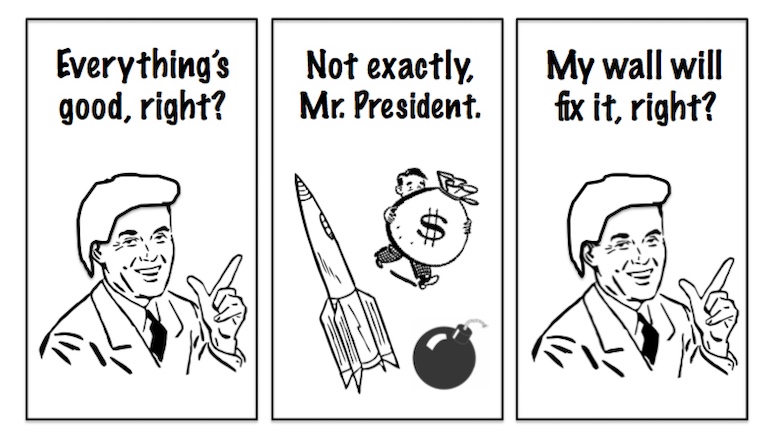 This follows earlier attempts to reduce the briefing to a page, then a memo, then to deliver it orally instead, all seemingly without success.

***MUST BE ABLE TO GAIN HIGHEST SECURITY CLEARANCE***

Note: Must be able to write dialog at five-year-old level.

When asked why he would hire a graphic artist to do this, Director of National Intelligence Dan Coats said “It’s worth a shot”.

This follows an earlier proposal to have the PDB read out live on FOX News which was considered highly promising, until someone realized that would mean anyone with cable would also have access to the highly classified information.