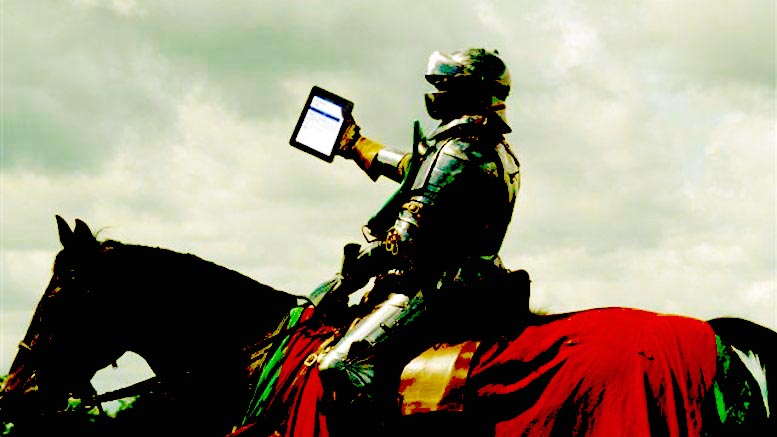 Frequent social media poster Ian Waters is not paid to work as a moral arbiter anymore than the tens of millions of other responsible internet citizens that do so each and every day without reward. As Ian explains, it goes so much deeper than that.

“It’s really about that inner feeling of satisfaction you get from knowing you are making the world a better place.”

His only regret is that he spends so much time policing the despicable actions of lesser mortals as revealed through their facebook, twitter, and instagram accounts, that he now struggles to remember each instance with the clarity it deserves.”

“Wasn’t there something last year about a doctor and a lion? Or was it a dentist and a giraffe? Whatever it was, it made my blood boil!”

Whoever and whatever it was, Ian does remember that he made that person pay at the time, both by sending abusive messages to all accounts with that name in that home state, and by calling in anonymous death threats to all the places the person had checked in at, which Ian made clear would not stop until said person was permanently barred.

“I remember that particular outrage, whatever it was, was so bad I also had to mete out the same punishment to that person’s co-workers and FB friends because they were just as guilty by association.”

Ian also has hazy recollections of teenagers dancing or being happy at Auschwitz, whose lives have hopefully been ruined now. He concedes it might have been at Arlington, and not Auschwitz, where they committed the transgressions that they posted on facebook or twitter, and which duly earned the wrath of the millions of brave guardians of righteousness, or maybe there were despicable occurrences at both places. As for the age of those involved, Ian says when it comes to things that evil which he hears about forty-seven-thousandth-hand via social media, being a minor is no excuse.

“When you commit acts that heinous, you deserve to be called a b*t*h or a c**t even if you are only thirteen. And I don’t care if your grandfather is a survivor – some things are simply unforgivable.”