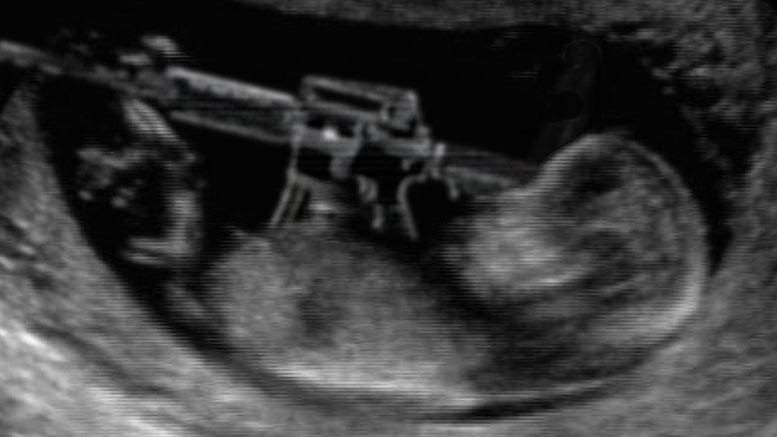 [Des Moines, IA] Having already succeeded in passing a bill permitting children of any age to handle firearms, Iowa lawmakers have turned their attention to an even younger group whose second amendment rights they say are being disgracefully trampled on. Their enthusiasm is all the more because this dovetails with one of their other great passions – enforcing the constitutionally-mandated rights of citizens still in the womb.

Under the proposed bill, existing legislation which permits all children including newborns to have firearms would extended to those in utero as well. Lawmakers say it’s critical that gestating members of the public be allowed to carry handguns, in addition to shotguns and long guns that are usually less heavily regulated.

“Our concern is that rifles may be difficult to use effectively in the restricted space available – but a compact 9mm pistol should fit just fine.”

Another thorny issue is whether the fetal firearms would be considered concealed or not, with arguments existing on both sides.

“One the one hand the weapon won’t be visible to the public which argues against it being open carry, but on the other hand the owner of the weapon is clearly not concealing it, given that they are completely naked and suspended in amniotic fluid.”

The proponents of the bill reject accusations that this would be a nonsensical law.

“On the contrary it’s the logical conclusion of everything we stand for.”