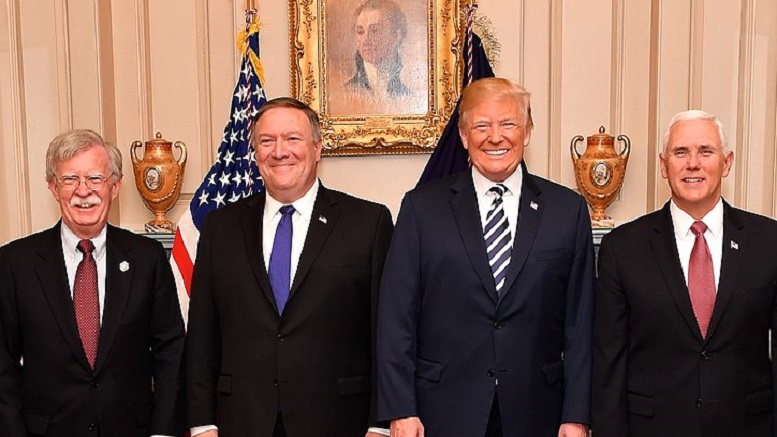 A forceful tweet by President Trump has saved the United States from certain domination by the Islamic Republic of Iran, which would have seen all aspects of American life controlled by the Supreme Leader Ali Khamenei were it not for this message being sent via social media.

“If Iran wants to fight, that will be the official end of Iran. Never threaten the United States again!”

The strong-worded tweet had an immediate impact in Tehran, where advanced plans to invade the continental United States and conquer the world’s leading superpower were put on hold.

Foreign Minister Javad Zarif said they had viewed the US Military as ‘no problem’ but the more they looked into President Trump and his followers, the more nervous they got about their invasion plans.

“We could have easily crushed the imperialist Armed Forces of the United States like the weak dogs that they are, but your ad-hoc militias of AR-15 wielding rednecks put fear into the hearts of even the most elite Revolutionary Guard troops.”

Having missed the pre-Trump window when they could have easily made the United States part of greater Iran, the middle-east country is taking a long-term approach instead.

“We’re just going to secretly develop our nuclear weapons program instead which fortunately has been made much easier by this President.”