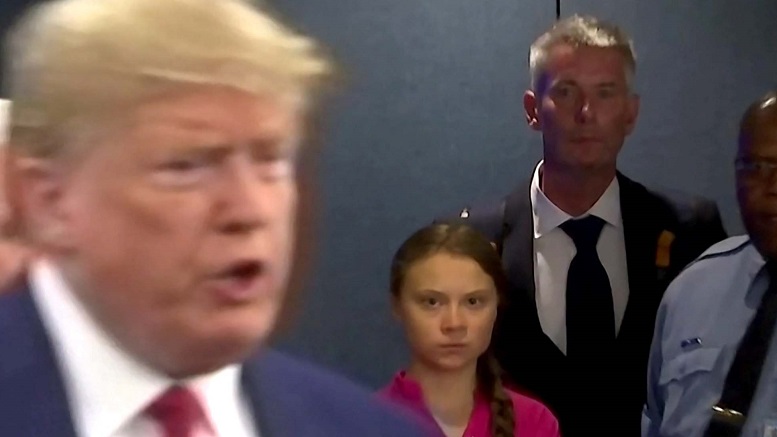 The Islamic Republic of Iran is preparing for open confrontation with President Trump, saying it now has an ace up its sleeve that will ensure victory.

“We have found his weak spot.”

Rather than nuclear weapons or threats to the world’s oil supply, a crack brigade of serious-minded 16-year-olds girls who care about the environment is being assembled in Tehran.

“You can run but you cannot hide from this enemy.”

Iran has warned it will not call off the offensive operation until all its demands are meet.

“Prepare to be scowled at by young people with infinitely higher moral authority than you like never before.”

The White House would not reveal the location of the President, but it is believed he has retreated to Air Force One where the teenagers can’t get to him.

“Given Air Force One’s inflight refueling capability it’s possible he will stay up there indefinitely.”