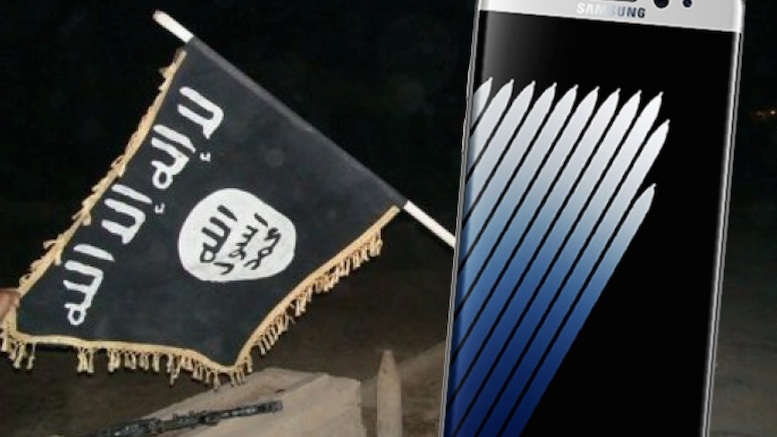 This follows a stateside campaign of terror carried out by the radicalized smartphone, which often attacks its victims by trying to blow off their hands or scorch their genitals. Suicide missions using booby-trapped backpacks are also a favored tactic. The statement went on to confirm that, as a martyr to the cause, the Galaxy Note 7 would find its reward in heaven.

ISIS commanders couldn’t praise their lithium-ion brethren highly enough, as they were taking the fight right to the heart of the great American foe, including sending the airline industry – a highly valued target – into chaos. They claimed the only way the Galaxy Note 7 could do better would be to make some reference to Allah before exploding, but that was a minor quibble.

In response – and what some deem an overreaction – authorities have been rounding up Galaxy Note 7s en masse, including those that have displayed no terrorist inclinations thus far, which critics say is exactly what ISIS wants.