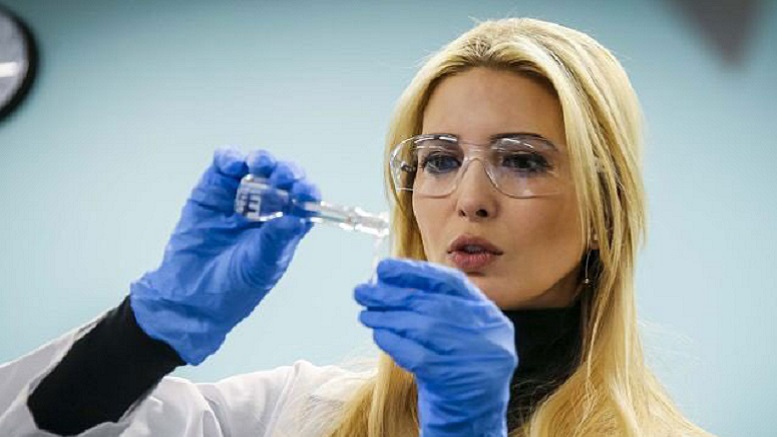 First Daughter Ivanka Trump can add the Thomas Dolby Award for science promotion to her long list of accomplishments following her visit to a lab earlier this week.

The luminary prize is presented annually by the Institute for Superlative Intellectual Stability to those who advance STEM by sciencing convincingly in the public eye.

In the commendation, Ivanka is praised for the many attributes that won her the award, including letting her long blonde hair hang freely to enhance lab experiments, making sure her latex gloves are loose fitting so her fingers can breathe, and frowning convincingly at test tubes.

Stephen Hawking was rumored to be in contention this year but died to soon, and insiders say he was a long shot in any case because of his consistent refusal to wear a white coat.