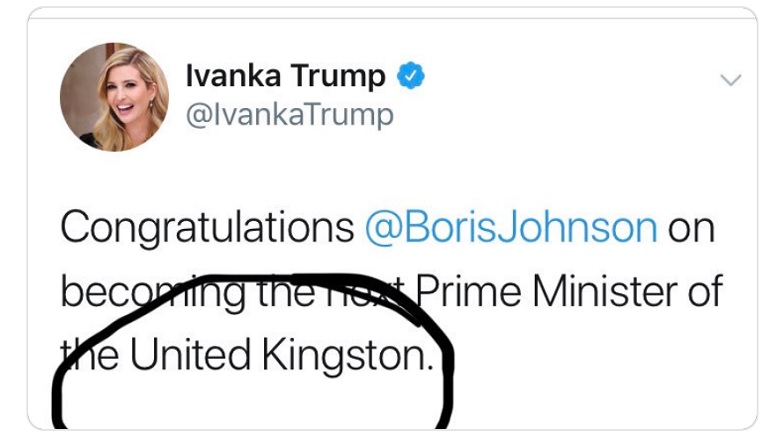 Political observers are taking note of a statement issued by Ivanka Trump on twitter in which she congratulates Boris Johnson for becoming Prime Minister of the United Kingston.

“Clearly she has ambitions to succeed her dad in the White House.”

They note this bears a striking similarity to the actions of her father, who has invented the countries of Nambia and Norvay while President.

“This could indicate a desire on Ivanka’s part to appeal more to his base by signaling a disdain for things like facts and reality.”

It has prompted a flurry of activity to see if Ivanka has been taking other steps indicating she wants to follow in her father’s footsteps.

“She has a way to go in terms of obstructing justice and cosying up to dictators, but she definitely has potential.”