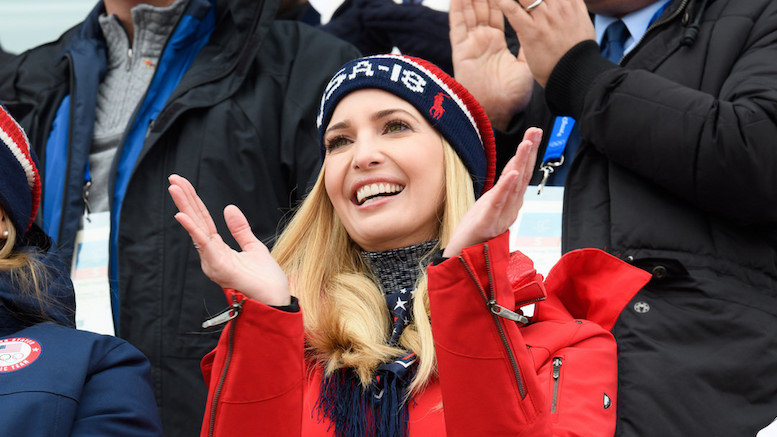 The United States has increased its medal tally at the Winter Olympics in South Korea as U.S. participant Ivanka Trump took the gold in the freestyle nepotism event.

“She really shone out there.”

For a while it looked like North Korea’s Kim Yo Jong might have had a chance at the top honors, but commentators say she never really stood a chance.

“Kim Yo Jong’s resume and experience was far to extensive for her to ever be a serious contender.”

In fact the only really serious competition Ivanka faced was from her own siblings, Don Jr and Eric Trump, though they pulled out at the last minute, saying they’ll compete next time instead.

Admittedly, Prince’s Harry and William of the British Royal family would have easily beaten her if present. But as full-time professional nepotism athletes with unlimited resources, they thought it would be unsporting.