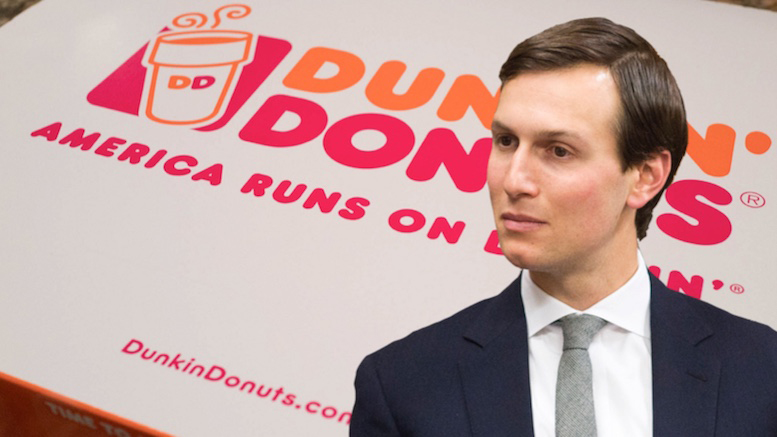 Jared Kushner has learned he has been downgraded from a member of the DD Perk’s Club to a regular Dunkin’ Donuts customer. A spokesperson for the coffee chain said the action was entirely appropriate.

“He knows nothing about coffee and couldn’t tell a donut from a croissant if it bit him in the ass.”

An internal review is to be conducted to review currently eligibility criteria for the program.

“Clearly he should never have been allowed into the DD Perks Club in the first place.”

Dunkin’ Donuts management are said to be especially concerned about the level of perks Kushner received during his time as a member.

“We believe he used it to receive far more free beverages than was ever intended.”

Next they plan to review his wife’s participation in the plan to see if that is above board.