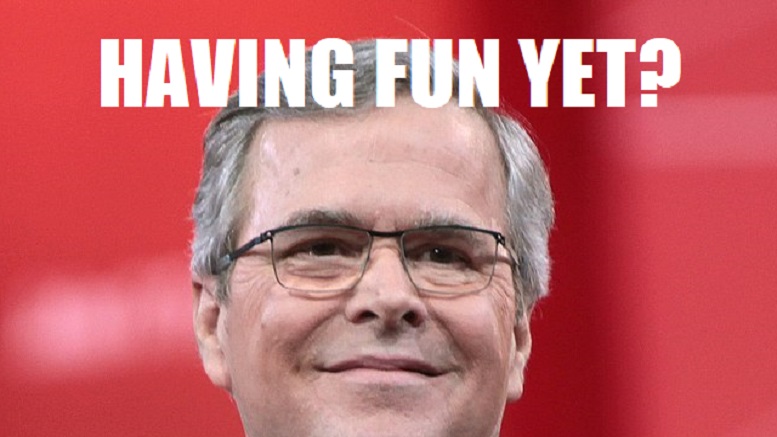 (Coral Gables, FL) Speaking from his home today, former Presidential hopeful Jeb Bush said he now accepts he would have made a terrible Republican President, and that the American people didn’t want him.

“Obviously you wanted something different. How’s that working out for you BTW?”

He realizes that nobody wanted another Bush in the White House, even though he was the cool-headed more moderate one, and bears no malice for being kicked to the curb.

“I see the government is shutdown over funding for a completely impractical useless wall. Of course I would have done that too. NOT!”

Grinning from ear-to-ear Bush, reminded people that he sometimes behaves foolishly, so it’s a good thing he was passed over.

“Seriously, though, it’s for the best that you didn’t nominate and elect me, as I might have done something to embarrass the United States #ROTFLMFAO”

1 Comment on "Jeb Bush Trolls America With “Having Fun Yet?” Meme"