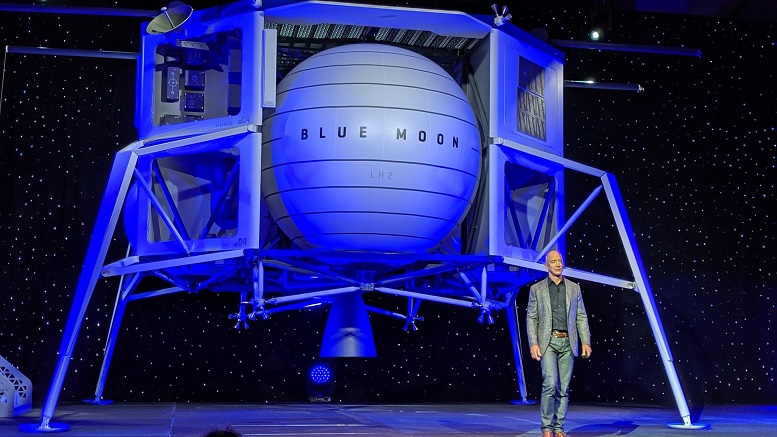 Amazon CEO Jeff Bezos has entered the space business with the announcement of his Blue Moon lunar lander designed to deliver payloads to the moon’s surface.

Though Bezos maintained his lunar lander was in response to NASA’s call for the private sector to develop technology it could use to further its mission, Amazon insiders say that’s just a cover story.

“Really it’s about Jeff’s concern that a Waldens or Borders holdout is still trading up there.”

Having killed off brick & mortar bookstores here on Earth – other than Barnes & Noble which he keeps around as a personal plaything – Bezos is said to be obsessed with the idea that some independent bookstores are still hiding out in the solar system.

“Right now he’s deciding between vaporizing them with a laser or killing their bottom line with two day prime shipping.”