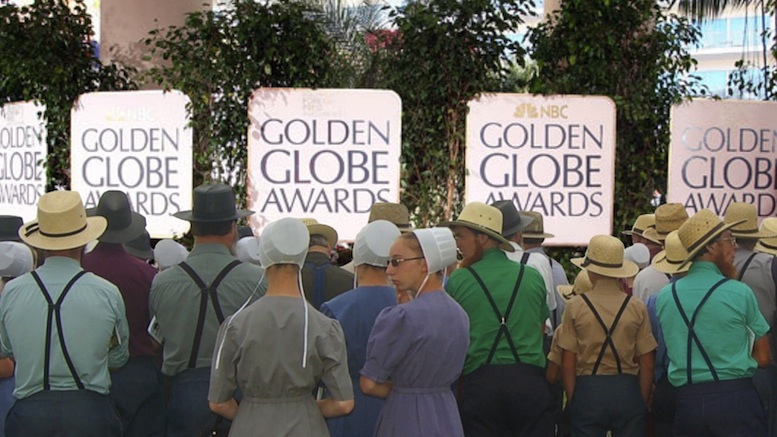 Academy Award winner Jennifer Lawrence is taking flak for telling a reporter ‘You can’t live your whole life behind your phone, bro’ when he was asking her a question at the 2016 Golden Globes. Many observers found her behavior rude and unnecessary, especially considering that it appeared her inquisitor’s first language wasn’t English.

But the outspoken star of the Hunger Games and every Bradley Cooper movie is not backing down in her insistence on staying in the moment, and has devised a solution to the problem of the press being too attached to their personal electronic devices.

“From now on I’m only taking questions from Amish reporters.”

Given the importance of Jennifer Lawrence to the entertainment press, it has no choice but to accede to her demand. This means that employment prospects for the Pennsylvania Dutch at organizations like TMZ have just gotten a whole lot brighter, according to TMZ founder Harvey Levin.

“I’ll pay them all the money, canned goods, or whatever else they use for currency they want to come work for me.”

As his new staff will have to make their way to LA from Pennsylvania via horse-drawn buggy, Levin says to expect a J-Law gossip dry spell for a few weeks.