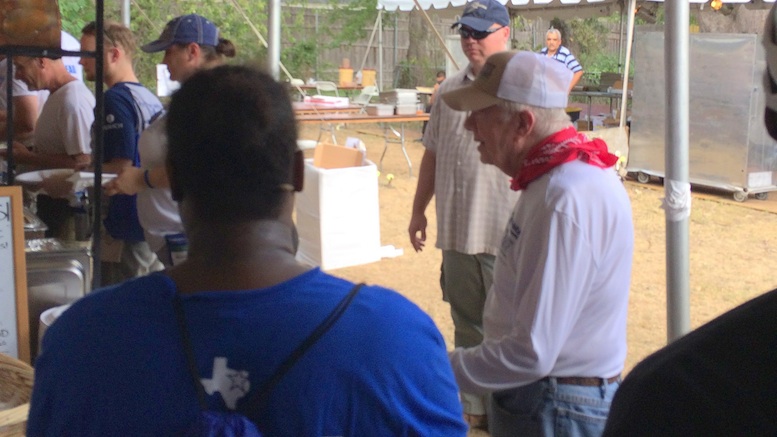 Decades of frustration with former president Jimmy Carter boiled over this week as Washington was abuzz with politicians bemoaning his legendary selfishness. They claim that, in return for getting to be President for four years, he should be giving back instead of occupying his time with pet projects for his own frivolous amusement, like eradicating guinea worm disease and indulging his favorite hobby, outdoor carpentry.

“We don’t even have a guinea worm problem in the metropolitan D.C. area. Could he maybe think about doing something for other people for a change?”

Then there’s the fact that he didn’t follow the time-honored tradition of giving back by taking up lucrative board appointments with companies like Lockheed Martin in return for providing them unfettered access to powerful connections made while in office.

“Instead he selfishly chose his own path by working for some outfit called ‘Habitat for Humanity’ though the fool didn’t even think to secure a senior executive position. Obviously he must have negotiated a huge share of their profits to keep for himself, but the joke’s on him because I’ve seen their year-end statements and Habitat for Humanity doesn’t make jack!”

And Washington hasn’t forgotten his showboating during the energy crisis in the 1970s.

“You know the only reason he put solar panels on the roof of the White House back then was so he could say ‘I told you so’ decades later when public opinion finally acknowledged the scale of the global warming problem.”

The fact that Carter has refrained from publicly chastising politicians who continue to deny the scientific data on climate change is further evidence of his neverending self-centeredness, according to Washington insiders.

“He hasn’t started gloating yet, but that’s because he’s saving it so he can really rub it in once Florida’s submerged. The ego on that man!”