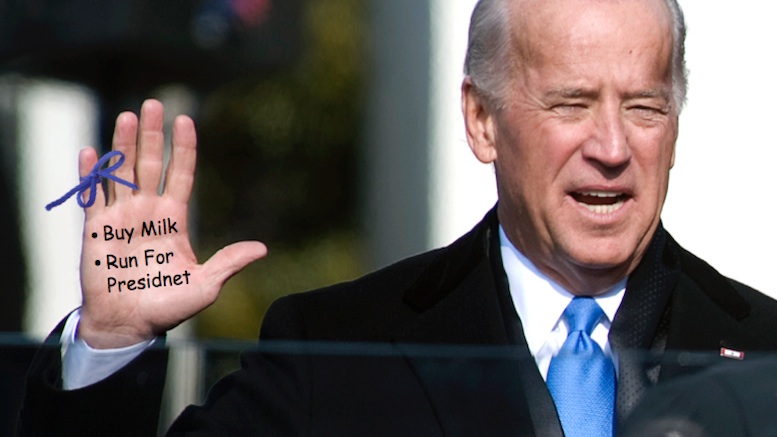 Don't let me forget to let the cat out and enter the race for President.

After compelling performances by the declared candidates in the first Democratic debate, political analysts are saying it may already be too late for the Vice President Joe Biden to enter, and are even questioning his will to do so. But Biden insists that he is fully committed, and that formally declaring his candidacy just happened to slip his mind.

“There’s been a Democratic Debate already? I’d better get cracking, then.”

Sensing that reporters were not convinced, Biden sought to prove that he has every intention to run, only hasn’t quite gotten around to it yet.

He claims to have told many people he’s running just as soon as he’s got some other stuff off his plate.

“Look – I even wrote it on my hand to remind myself.”

The Vice President insists it’s simply a case of squeezing it in to his hectic schedule.

“I’ll definitely be throwing my hat into the ring any time now. Just have to rake up all these fall leaves first and then I’ll be getting right on it.”