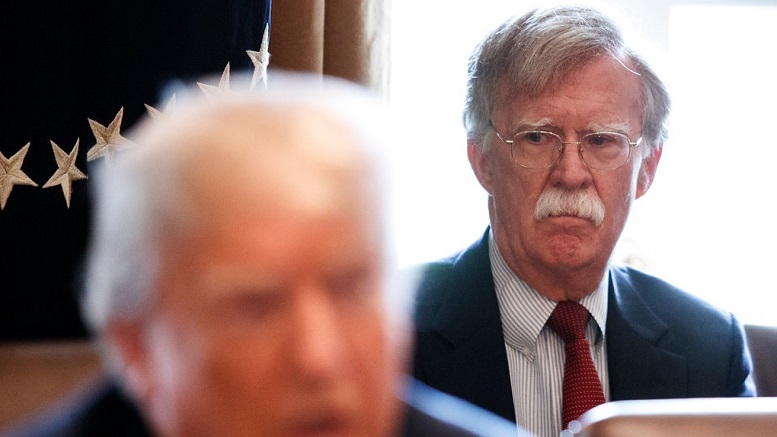 A new book by former Trump administration member John Bolton has already picked up a prestigious honor on the occasion of its impending release. The committee tasked with awarding the Captain Obvious literary prize said they were in no doubt that it was fully deserved.

“This supernumerary book reveals that President Trump is ignorant, vain, and lacks any overarching philosophical outlook – all of which make it supremely qualified to be this year’s Captain Obvious winner.”

Though the prize does not come with any monetary award, Bolton will receive a special Captain Obvious cap and will now be the toast of readers who like to learn things that everyone and their dog already know.

“We look forward to his next book ‘Vladimir Putin Is Not A Cuddly Teddy Bear’ with great anticipation.”

Previous winners of the prize include Marcia Clark’s “Without A Doubt” and Al Franken’s “Rush Limbaugh Is A Big Fat Idiot”. Reached for comment on receiving the award, Bolton reverted to the trademark superfluous style that makes his writing so special.

“I’m actually quite a nasty piece of work myself as a person, but nothing compared to this President.”