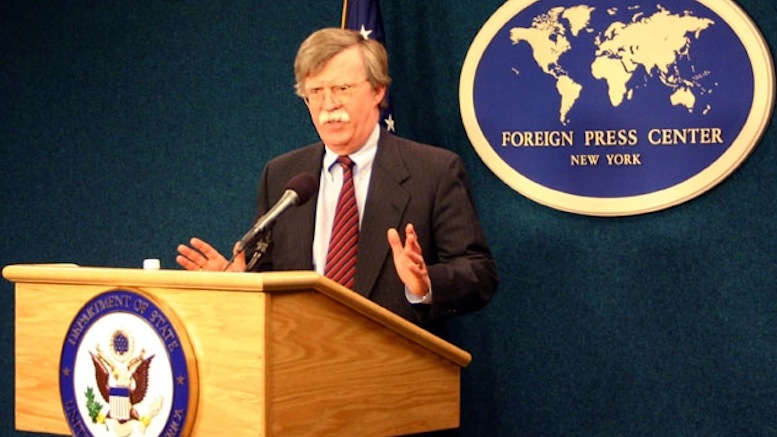 White House National Security Adviser and part-time Lorax impersonator John Bolton has threatened to punish the International Criminal Court – an intergovernmental agency set-up after WW2 to prosecute crimes against humanity – if it continues investigating actions by American troops in Afghanistan.

“This International Criminal Court for prosecuting war crimes serves no purpose, and if it doesn’t back off we’ll kill all its members and raise the towns and village they came from to the ground.”

Bolton told the court that he doesn’t take prisoners in a fight, and for clarity stressed that wasn’t a euphemism, as he believes in shooting opponents on sight even if they have surrendered or are non-combatants.

“Or maybe I’ll work you to death instead. It all depends.”

To show he means business, Bolton outlined a detailed military plan to carry out his threat, which involves blanket strikes with white phosphorus shells and missiles, followed by bulldozing and planting forests so that no trace of the court members or where they came from is left.

“It’s the only way the rest of the world will learn its lesson.”

Bolton’s actions have been roundly condemned by most of the world’s leaders, though he did receive messages of support from Kim Jong-un, a retired Serbian army commander, and some very elderly Germans.