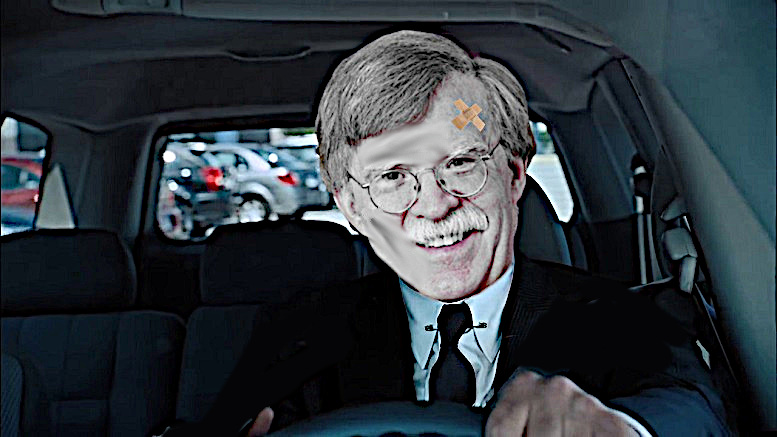 The highly competitive world of auto insurance advertizing is abuzz today with news that Allstate is changing up its popular campaign with a new face, former National Security Advisor John Bolton. Representatives for Allstate said that after almost a decade in the role, it was time to replace Dean Winters as Mayhem.

“We were looking for someone who can come in from the sidelines and turn a smoothly proceeding journey into a horrific car crash, and John fit the role perfectly.”

In the first commerical featuring their new star, a group of GOP Senators are safely buckled up in their limos proceeding smoothly along to their intended destination.

“Then Mayhem turns up and all hell breaks loose!”

The ensuing action sequence including a spectacular 53-vehicle pile-up is said to be one of the most ambitious and expensive ever filmed for an auto-insurance ad.

“Michael Bay would be jealous – it’s that good.”