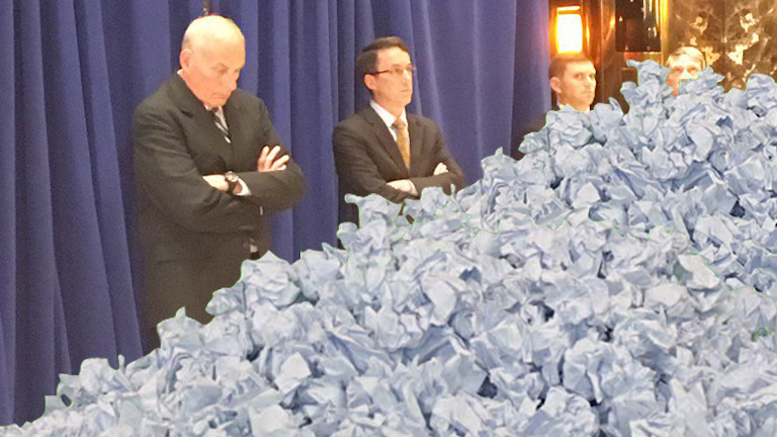 John Kelly’s plan to put a proper security clearance procedure in place to limit those allowed access to the White House is said to be causing him severe difficulties, according to a source close to him.

“He figures the President has to be able to clear it, hence the problem.”

Kelly’s goal, which is to avoid another Rob Porter incident, is complicated by the fact that most of the red flags he’s implemented to exclude people like Porter are also thrown up by the President.

“This thing will have to be so loaded up with asterisks and exceptions it will run 800 pages.”

Despite all the difficulties he’s having right now, it’s the section following that Kelly is rumored to be really dreading.

“Next up is financial irregularities. It’s going to be a long night.”

Be the first to comment on "John Kelly On 14,454th Draft Of Security Clearance Procedure That Trump Can Pass"