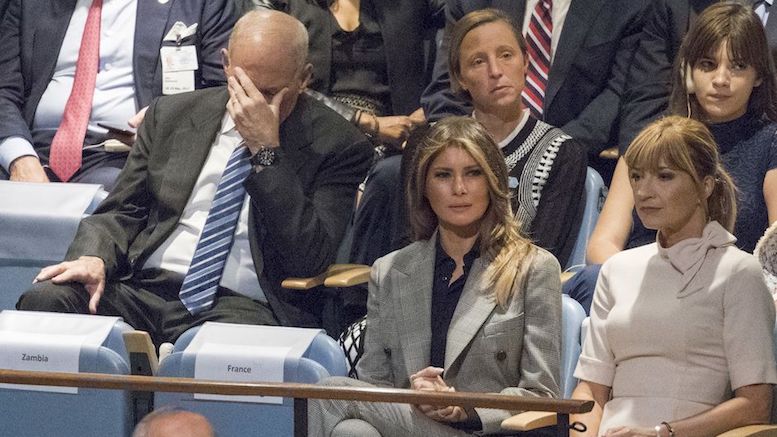 White House Chief of Staff John Kelly had to excuse himself briefly today to receive treatment for a facial rash, which medical staff determined was the result of excessive facepalming.

“The skin eventually becomes irritated and if you touch the mucous membranes that provides a route for infection.”

They warn this is especially likely to occur if the eyes are watery.

“Such as when you’re weeping despite being a battle-hardened Marine Corps General because you just can’t believe things have come to this.”

Doctors recommend those facing constant shame and disappointment use a non-facepalm reaction as much as possible.

“Staring at your feet in dismay with your hands clasped together – such as General Kelly did when Trump doubled down after Charlottesville – is preferred.”

In this way the worst physical side effects can be avoided.

“Leaving you free to focus on dealing with the psychological damage of knowing you chose to sign up for this circus.”