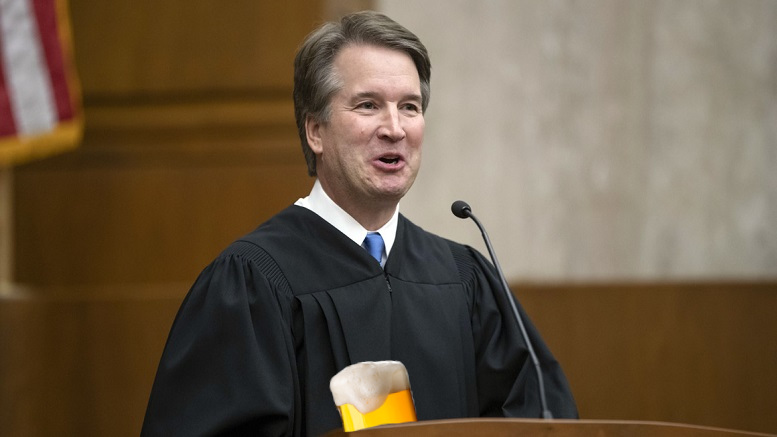 SCOTUS BRIEF: With a majority of the US Supreme Court, led surprisingly by Justice Gorsuch, finding sexual orientation protections for workers in a LGBT victory today, Justice Samuel Alito delivered a pointed written dissent criticism the ruling in no uncertain terms. Fellow dissenting Justice Brett Kavanaugh chose to pursue a different line of argument when delivering his own dissent during a post-hearing kegger he held for the media. While Justice Alito, joined by Justice Clarence Thomas, said the majority was “[u]surping the constitutional authority of the other branches” and that a “more brazen abuse of our authority to interpret statutes is hard to recall”, their most recent colleague on the bench delivered a separate oral dissent notable for its succinctness and legal clarity.

Kavanaugh then embarked on a novel tangential argument espousing the properties of fermented beverages before passionately underlining what he claimed was the most important legal principle at stake in a rousing closing.

In a verbal appendum to his dissent, Kavanaugh then underscored the point that, thought he may not have sided with the LGBT community in this instance, he did not want this to be read as him being opposed to same sex unions in all instances.

“Bros before hoes, amiright? FUCK YEAH I AM!”