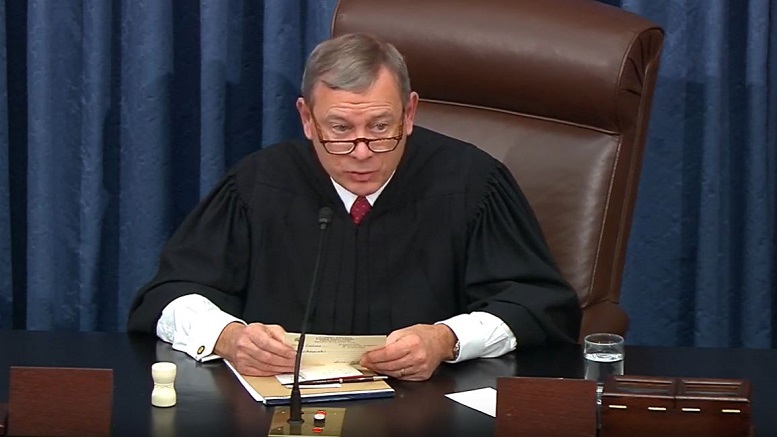 A visibly frustrated Justice Roberts scolded Senators during the question and answer portion of the Impeachment Trial for what he called an ‘undue proportion of questions’ asking if it was okay to go to the toilet.

By convention Senators are not allowed to ask questions directly, but must write them down and have pages deliver them to Roberts to real out loud.

As he refused to read yet another of the questions that did not concern the proceedings at hand, Roberts told the Senators to quit it.

“If you have to go just go. How much water and pop have you guys been drinking?”

As the session wore on, Senators tried more elaborate methods to sneak the question in, but Roberts was not having any of it.

“Asking ‘Who is the whistleblower and can I go pee?’ is also not acceptable. I’ve already said you can go so you obviously are only doing this to try to force me to say ‘pee’ on the record.”