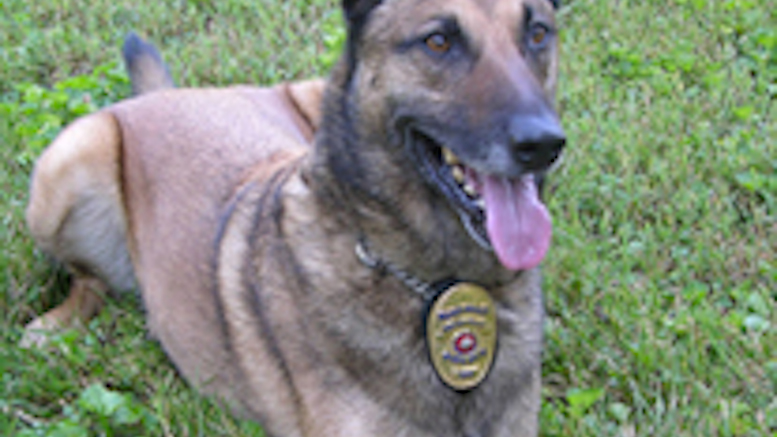 Although many if not most police officers don the uniform out of a sense of civic duty, they would certainly not be willing to do so for free. But this is exactly what is expected of Officer Duke with the K-9 division, despite receiving repeated assurances that he is full police just like everyone else.

“I don’t want to reveal which force I’m with at this point on the advice of my attorney, but I have a badge and if I’m killed in the line of duty I will receive a full honor guard just like any other fallen officer. When it comes to financial remuneration, however, alI I ever seem to get are a few biscuits.”

Officer Duke does not have any children to support due to an incident in his youth he does not like to talk about, but he says the number of dependents should not enter into it.

“There are plenty of human cops without kids and they’re all on full salary and benefits. Besides, I might adopt someday.”

Duke says it’s the same for his cousin Shaggy – a bomb disposal specialist in the U.S. Army who’s served his country in Iraq and Afghanistan.

“Shaggy is repeatedly assured he’s a member of the squad just like everyone else – until it’s time for the DOD to cut the paychecks at the end of the month.”

He is also sensitive to other animals who do important work but don’t even get his level of recognition, let alone a living wage.

“So I get to be a police officer but it’s guide dog, not guide medical professional? You never hear the term helper human, so why helper monkey? It may be a subtle form of discrimination but it’s discrimination nonetheless.”

What hurts the most, according to Duke, is the sense of being exploited. He believes the department he has served his whole adult life takes advantage of his fundamental good nature that has been bred over many generations.

“I know they depend on my eagerness to please, but realize that underneath it is a deep-seated resentment of this double standard to which I am subjected.”

Duke doesn’t ultimately care if he wins his lawsuit or not, as it was always about bringing this issue to a larger audience.

“If you’re going to keep insisting I’m a full police officer then pay me like one, otherwise let me be a skilled animal who happens to assist with law enforcement.”