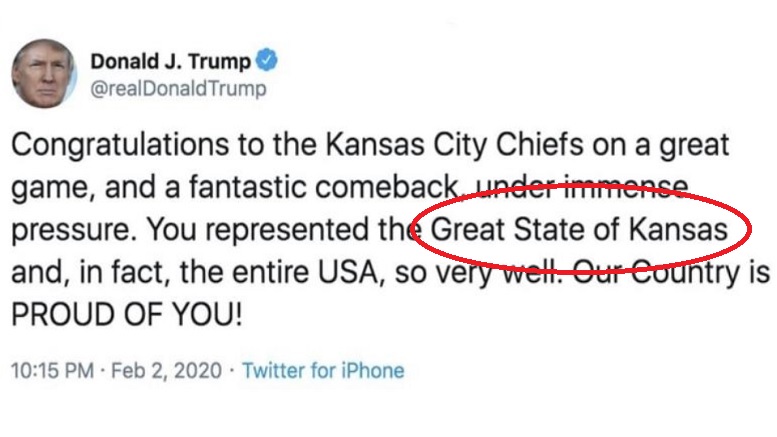 In what is perhaps the greatest Super Bowl upset of all time, the State of Kansas has won the cherished Lombardi trophy despite not having a single NFL franchise.

State officials said they were as surprised as anyone at the shock development.

“I guess we’re going to Disneyland?”

The NFL congratulated Kansas on the win but said the stunning victory will present some logistical problems, such as naming the MVP.

“I suppose we could just pick the Governor?”

The San Francisco 49ers and the Kansas City Chiefs said they were obviously dissappointed not to prevail, but both were happy for the State of Kansas.

“We really thought the State of Missouri had it towards the end, but that’s what makes this game so exciting – you just never know.”